Sports and outdoor activities bottle design that allows fast and easy way to drink while on the go without the need of opening the cup. Just raise the bottle to drink and it opens, take it down and it closes. Always stay hydrated while enjoing your favourite activity.

That has been done by dividing the bottle’s lid into three parts – Top  lid, Drinking  lid and Main  lid. All the parts the bottle consists are: 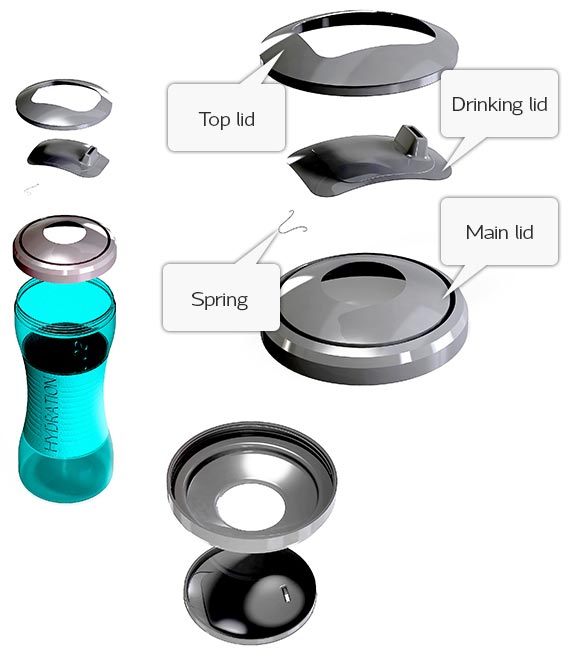 Top lid – it is the upper part of the cup. It covers it and provides “rails” for sliding the Drinking lid. It is attached to the Main lid by thread.

Drinking lid – this is the lid that person holds in its mouth when drinking. It makes a short motion onward along the Top lid. In normal position the Drinking lid stays backwards, pushed by a small spring, and in that position the hole for the liquid is covered on the inner side by the Main lid.

Main lid – it has several functions: 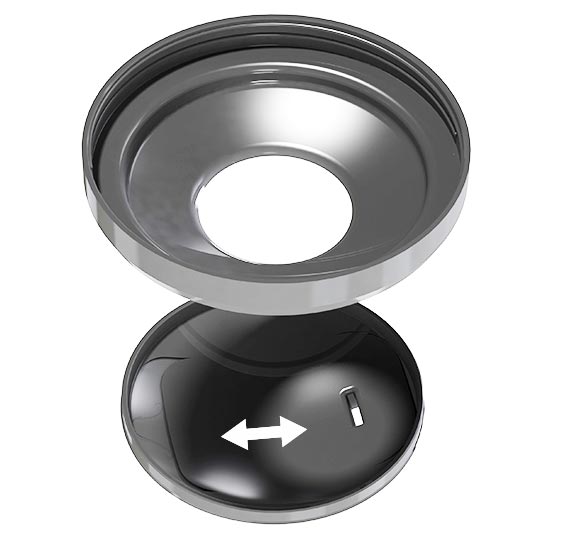 The bottle’s lid can easily be disassembled and assembled again for washing it.

Bottle –It has shape that allows a person to hold it in hand easily. For a better grip it also has a rubber band that covers it in the middle. The words “Hydration” and “Source” are cut off in both sides of the band, but in its place could be placed the name of a brand or a company. The bottle is transparent for better vision and more attractive design. 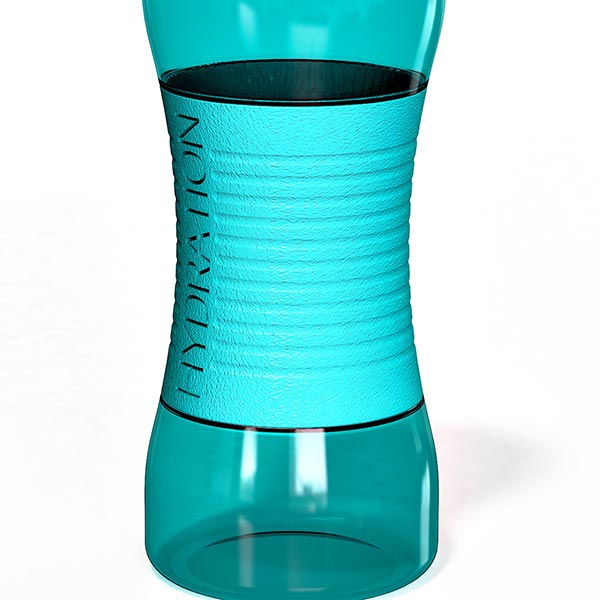 When a person holds the bottle in his/her hands, it lifts it and brings it to its mouth. The Drinking lid of the cup is backwards and the hole is covered so it is not leaking. When the person holds the spout of the Drinking lid with its lips, it continues to lift the bottle. That motion of lifting the bottle and holding its Drinking lid’s spout makes it slide forward. More accurate would be to say that the cup slides along its Drinking lid, which stays relatively motionless in the person’s mouth. This motion and sliding makes the hole open and let the liquid flows. 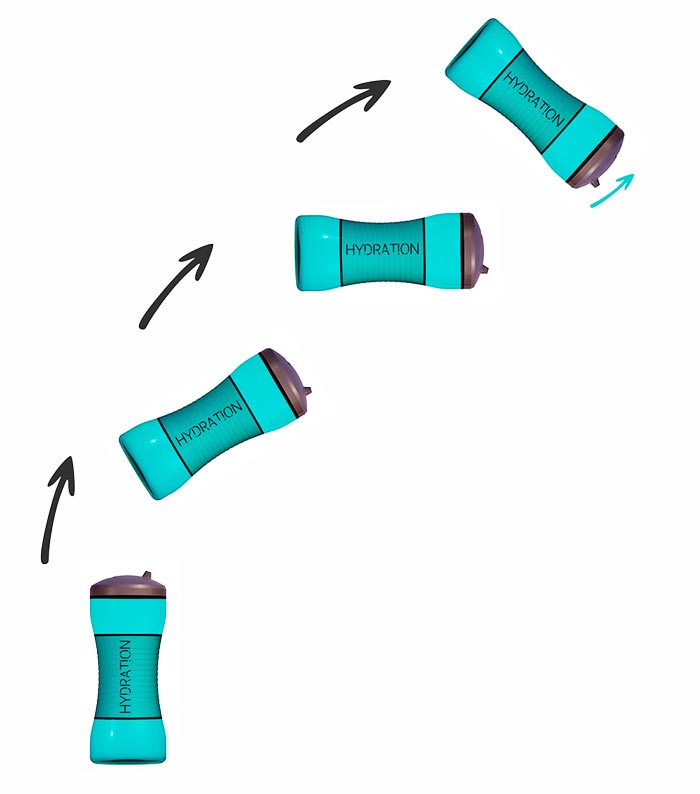 When the person takes down the cup after it stops drinking, the Drinking lid is pushed again backwards by the spring, and the hole is closed. That way the liquid can’t flow out of the bottle while the person is holding it in its hands and is doing some activity. 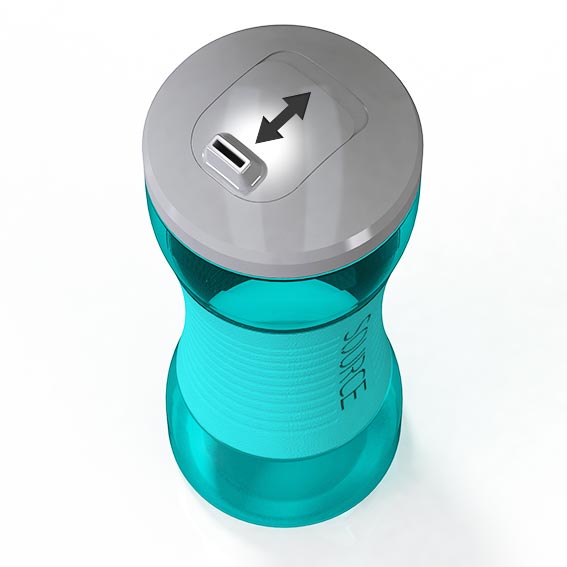 The bottle is suitable for people who are doing some kind of sport - bikers, runners, hikers, people doing some physical activity. It also could be made as a coffee cup with different design for people on the go.

The design of the bottle and the renderings are made in SolidWorks.