By looking at the products of Umbra, it is visible that their design is clear and simple. So, when modeling this holder, the aim was to make its design minimalistic.

The holder consists of cylindrical bar in the middle and two side parts. The side parts imitate having two legs and have bended shape. The Umbra’s logo is placed on it.

The holder is designed to be made of metal to give a sense of solidity. Aluminum is a good choice, although iron could be used as well. For the rendered images is used appearance of matte iron, matte aluminum and polished aluminum. But its finishing could also be brushed and different colors could be used too. 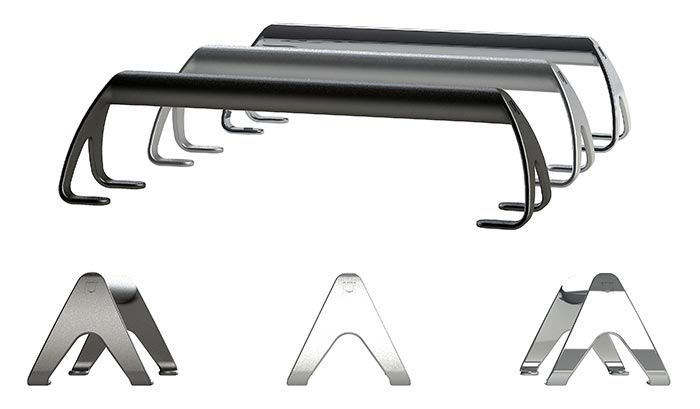 The holder is designed and the images are rendered in SolidWorks. The 3D model could be seen and downloaded from GrabCAD.